Daddy Made it: On Baking Bread & other matters of importance 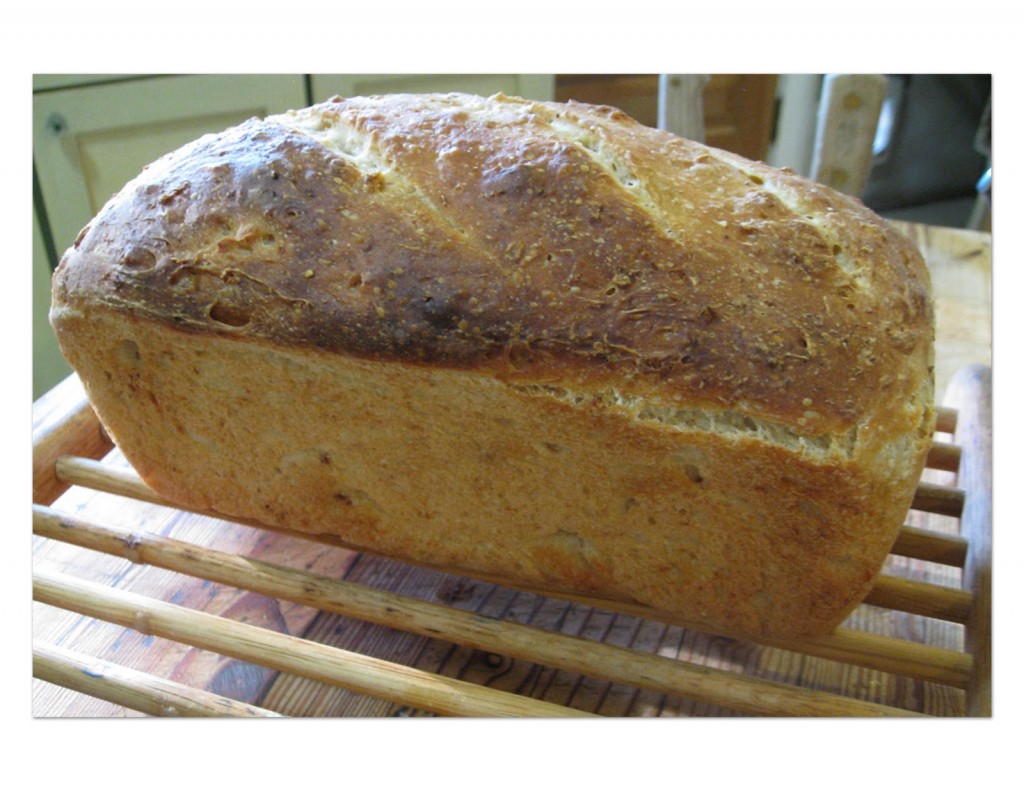 My father came to baking bread late in life.
Born in 1920, he was of that generation of men who did not come into the kitchen unless it was to get more beer. Sure there were exceptions: a particularly good cut of venison, or a BBQ.

Occasionally as we were growing up, he would have intense attacks of wanting to cook something “different”. Particular memories surround his desire to make real Indian food in a neighborhood filled with Italian, Portuguese and Greeks. Oh, yeah, that went over big with all of us. But cook it he did and found as many of those then hard-to-find spices as he could. And we ate it.

After all, Daddy made it.

Looking back I can see that these adventures into culinary madness usually happened after some life trauma and probably kept him sane in a tough time.

My father was curious too, about everything. He liked to think about things, and how they worked and how he could make them work better. He liked to learn. He once told me that he wanted to learn something new every day, otherwise, why get up?

We talked every Sunday. My mother would go to 8 am mass, and like clock-work, he called me at exactly 8, and we would talk. Didn’t matter where I was if I was in the country, we talked. I could be walking down 5th Ave in Manhattan and my cell phone would ring, and we would talk about “stuff”. Sometimes, all I had to say was “Dad I was thinking about ______”, and he would take off telling me how to do it, do it better or that he would think on it and come up with something for me. And he always did.

I don’t really remember when he started baking bread. Sometime after my mother was diagnosed with Alzheimer’s, I think.

He baked bread every three days. It was his ritual and such a ritual it was. He would set everything out, and follow his steps and bake a pretty damn good loaf of bread. Sometimes, I would send him different flours to try or we would talk about putting things in the bread that would make it interesting. When I was up there with him and Mom, which was not as often I wanted to be, he would not let me help. This was his thing.

He would fuss over it so, he set timers, and wait in his chair leaning back, waiting for that “ding” so he could go to the next step. Every three days.

Not bad for a man that was blind, crippled from arthritis, and whose left hand didn’t work as well as it could since he cut 4 fingers with a table saw.

He baked in the morning and would start right after he made the coffee. (My Dad made coffee every morning of their married life and took my mother a cup to the bedroom, so it would be there when she opened her eyes- but that is another story.)

He would measure ingredients, and feel the measurements with his fingers. Everything he used was in a certain place, and when my mother would move it, which was inevitable because of her disease, everything stopped until he could find “his stuff”. He managed the oven, he managed the dough, and because he could not see, he made (don’t even ask how) a bread slicing template so the slices could be even like my mother liked them.

Every 3 days he made bread, and every day they had toast for breakfast.

Most of the time the bread was just fine, sometimes really good. He couldn’t see what it looked like so pretty did not enter into it. It tasted good, and really what else matters? At the end, Mom didn’t know good from bad, so it didn’t matter to her. She liked it because Daddy made it.

And Mom-she saved the crumbs.

Dad made them toast from his homemade bread every day, and they had homemade jam and that really cheap margarine because “butter was just too damn expensive”. He put the toast on paper plates—another ploy to keep Mom from rewashing dishes all day.
And every day she saved the crumbs. No, really. She would carefully sweep the crumbs from the table and the plates and the cutting board and put them in a jar. Nothing could deter her from this-she was going to use them, and they were hers, and it was easier to let her do it then to battle her over crumbs.

Dad got something profound from his bread-making ritual. A sense of control, a sense of still learning perhaps. It was something he could do; after having so many things taken away by age and disease, he could still do this. And Mom, well, her frugality was well known before the disease, and Alzheimer’s catapulted it into legend. Saving the toast crumbs was as much a part of her as her pretty smile.

The reasons why people bake bread are as different as the bread bakers themselves.

Years ago I always kept a starter on my counter, and now I wanted to relearn how to make good bread from sourdough wild yeast. No extra commercial yeast, just flour, water, salt. How those few ingredients could be changed into something so delicious that just the aroma brought me to swoon is a wicked good time. Just flour, water and salt: and the variations can be endless. Fascinating.

Today, I bake bread every 3 days. I experiment and occasionally hit pay dirt, and occasionally the fail buzzer just screams. I have gifted my neighbors with fragrant loaves, and tasty slices. Sometimes the birds get a treat of a loaf going stale. I cannot eat all I bake, but I yet I continue this adventure/science experiment/baking. It’s a soothing ritual, and I think I am gaining more understanding of what attracted my father so. My brother got bitten by the sourdough bug when he came for Thanksgiving, and he is baking every few days too. We talk about bread and its various nuances a lot.

Imagine my delight when I discovered a recipe for Bread made from flour and added breadcrumbs. ( I could hear my mother whispering, “see, see—I told you they could be used”)

Channeling both Mom & Dad, I knew I had to make this bread. A big thanks to Susan at http://www.wildyeastblog.com/ whose blog in an inspiration to any baker. The original recipe for the bread can be found there, and I urge you to visit her blog if you have a yen to bake with sourdough. 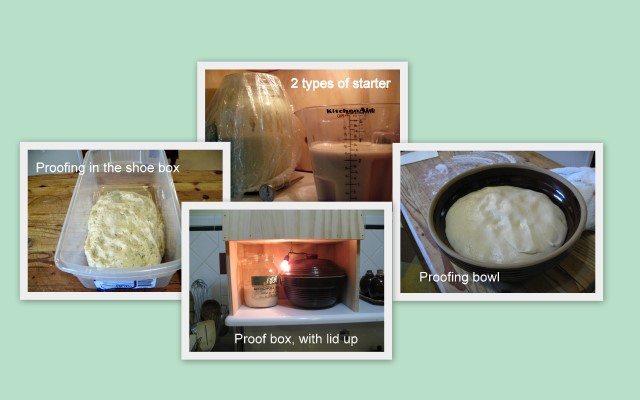 Here is the recipe that works for me.

Bread for Dad, Crumb for Mom

Mix for a minute, then let rest in the bowl for 20 min. Add 2 teas salt and mix for 3-4 minutes. Put in an oiled container-I use a plastic shoe box, or the proofing bowl, put in the proofing box.

Punch down, and roll into a ball. Rest for 5 minutes. Shape the dough into a boule, or put into a loaf pan, and let rise again for 2 hours.
Preheat oven to 475, and prepare it for steam.( use a shallow pan on oven floor) When the oven is hot, make quick slices in the top of the bread, and then slide the boule onto a hot stone, or put in the loaf pan.
Put a small amount of cold water in the shallow pan. Watch out for the steam. Quickly close the oven door and turn the oven down to 425. Bake for 25 minutes, or until done. Let cool for at least an hour before slicing,  if you can.

breadparentssourdough
Risk: What I did today
Falling: Part One of the Art of a Stubborn Life